veakwolf
Member
Enjoyable Time
Works as advertised, with really good and fast support, I would overall recommend the R6S Cheat and proofcore.
5/5 ⭐⭐⭐⭐⭐

jabin123
Member
Great Provider
I was a little skeptical at the beginning. Since then I have no more problems. Aimbot and ESP without detection is magic!
5/5 ⭐⭐⭐⭐⭐ 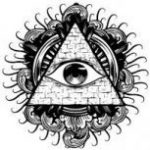 Tom Clancy’s Rainbow Six Siege is an online tactical shooter video game developed by Ubisoft Montreal and published by Ubisoft. It was released worldwide for Microsoft Windows, PlayStation 4, and Xbox One on December 1, 2015. The game puts heavy emphasis on environmental destruction and cooperation between players. Each player assumes control of an attacker or a defender in different gameplay modes such as rescuing a hostage, defusing a bomb, and taking control of a capture point. The title has no campaign but features a series of short, offline missions called, “situations” that can be played solo. These missions have a loose narrative, focusing on recruits going through training to prepare them for future encounters with the “White Masks”, a terrorist group that threatens the safety of the world. It is an entry in the Tom Clancy’s Rainbow Six series and the successor to Tom Clancy’s Rainbow 6: Patriots, a tactical shooter that had a larger focus on narrative. However, Patriots was eventually cancelled due to its technical shortcomings, and the team decided to reboot the franchise. The team evaluated the core of the Rainbow Six franchise and believed that letting players impersonate the top counter-terrorist operatives around the world suited the game most. To create authentic siege situations, the team consulted actual counter-terrorism units and looked at real-life examples of sieges. Powered by AnvilNext 2.0, the game also utilizes Ubisoft’s RealBlast technology to create destructible environments. Announced at Electronic Entertainment Expo 2014, it received four nominations from Game Critics Awards including Best of Show. The game received an overall positive reception from critics, with praise mostly directed to the game’s tense multiplayer and focus on tactics. However, the game was criticized for its progression system and its lack of content. Initial sales were weak, but the game’s player base increased significantly as Ubisoft adopted a “games as a service” model for the game and subsequently released several packages of free downloadable content. Several years after the game’s release, some critics regarded Siege as one of the best multiplayer games in the modern market due to the improvements brought by the post-launch updates. The company partnered with ESL to make Siege an esports game. In February 2019, the game surpassed 45 million registered players across all platforms.

A lot of legit R6S players think that it is very easy to get Cheats and Hacks for Rainbow Six Siege because they encounter a lot of Cheaters and Hackers in ranked matches. However, it’s actually very difficult to find a good provider for Cheats and Hacks and most wannabe Cheaters fail at even finding one. BattlEye is a very strong anticheat that gets a lot of money by Ubisoft to provide the best security possible. That’s why there are no undetected private Cheats and Hacks for it, a lot of scammers still try to earn some quick money by pretending they have one though. However, even the strongest version of BattlEye can’t stop proofcore.io, our Rainbow Six Siege Cheat Hack is undetected since months already with zero ban reports from our Cheat Hack users. Unlike users of other providers, our customers can play on the same accounts for ages because BattlEye can’t detect our Cheat Hack and FairFight is very bad at doing manual bans. Want to become the #1 global Rainbow Six Siege player? Only a matter of time with proofcore!

The core feature of our R6S Cheat Hack is a clean Player ESP Cheat Hack, also known as Wallhack. It allows you to see all enemies through the walls. They are marked by a red box and you are also able to see their distance and name. This R6S Cheat Hack provides a huge advantage to perform insane wallbangs and crazy spawnpeaks for example. It is also possible to play completely legit with our R6S ESP Cheat Hack, no one will ever notice that you are a Cheater if you play semi-legit. The ESP Cheat Hack is fully customizable in our Cheat Hack menu, all features can be enabled or disabled there!

With the press of a button, our Weapon Mods Cheats and Hacks allow you to disable the weapon spread (NoSpread) and weapon recoil (NoRecoil) completely. Especially in R6S, the weapon recoil can be very high for certain guns and especially shotguns can have an insane amount of spread. With our Weapon Mod Cheats and Hacks, that’s not a problem anymore though. Ever wanted to snipe someone with a shotgun? Download our Cheat Hack & go for it! The amount of spread and recoil can be fully customized in our Cheat Hack menu, so if you want to reduce the recoil or spread a bit without turning it off, that’s not a problem as well!

To make your experience with proofcore even more fun, we added some cool misc features to our Cheat Hack. For example, you can enable the NoClip Cheat Hack, which allows you to throw grenades or C4 through walls or even place tachankas gun outside before the round starts. Furthermore, you can set a custom FOV & Viewmodel value in our Cheat Hack menu which allows you to have a huge visual advantage over your enemy. Never get killed from behind again! Last but not least, our Glow Cheat Hack lets you change the color of your enemies to make them even more visible which is a great addition to our ESP Cheat Hack. As you can see, proofcores R6S Cheat Hack offers all kinds of features to make sure you have the most fun that you have ever had in Rainbow Six Siege!

Alright, sounds good. But why should you choose proofcore over a different Cheat and Hack provider? Aren’t there other, cheaper or better Cheats and Hacks for Rainbow Six Siege? Here are three arguments why we provide the best and only good Cheat Hack for Rainbow Six Siege!

Currently, proofcore offers the only undetected Cheat and Hack for Rainbow Six Siege on the market with this huge amount of features! Other scam providers might tell you that their Cheats and Hacks are undetected as well, however, that is a lie usually and you will get scammed. We are 100% transparent and always immediately stop our sales if a Cheat Hack gets detected. Currently, we are already undetected for multiple months with zero ban reports from our Cheat Hack users!

Unlike other providers that run their business through a Discord server or a small forum, we aim at being a professional provider for Cheats and Hacks that offers an outstanding experience for every single customer. Tired of waiting days for support, spending weeks with buggy Cheat Hacks and feeling like you got scammed, even though you received “something”? You should join proofcore.io then, since unlike other providers, we actually care about our users. You have a problem? We solve it. You want an undetected Cheat Hack? We got it. We have been in the cheating scene since 2017, became a public provider in 2019 and are the leading site for private Cheats and Hacks since then. Our coder has more than 10 years of experience, our admin is highly trusted and well known, our resellers are available nearly 24/7 and our moderators and supporters are carefully selected and professional!

The brand PROOFCORE stands for triple A quality and undetected cheats for BattlEye and EAC games. Started as a small Discord community in 2017, PROOFCORE soon became one of the most well-known and reputable providers in the scene with hundreds of satisfied customers. 100% transparency, unbeatable customer support and a friendly and helpful community and just three more arguments to join PROOFCORE. So don’t hesitate, sign up on proofcore.io!

Copyright © 2017-2020 proofcore.io – All trademarks, screenshots and logos are the property of their respective owners.